Amaluna is the collaborative project of New Zealand-born Tara Hawes aka FlibbertiGibbet and Zimbabwean-born Wendy Whitehead aka Małpka.

Shattered Barriers promoter Abhi Trance first booked them to play a back-to-back set at his event in April 2017 and they enjoyed it so much they decided to do it again in September for top London night Tribal Village at the Steelyard, where they played a high energy closing set in the second room. This confirmed that they were definitely on to something good, and so Amaluna was officially launched at Astral Circus at London’s Electrowerkz in November 2017, where they closed the alternative room after one of their favourite producers Ben Coda.

2018 saw them make their main room debut at Tribal Village, warm up the Sunshine Deck at the Psymera Boat Party and play an epic three sets at Noisily Festival, where they warmed up for Saturday’s Zenon takeover on the Liquid Stage and managed to blag a second set between Breger and Evil Oil Man after the third DJ didn’t turn up – sharing the stage with their all-time musical idols Grouch and Sensient in the process. They capped the day off with a downtempo set at the Bassport FM stage, where they played some of their favourite psy bass tracks.

A multi-genre duo with an interest in the experimental evolution of music, they break the boundaries with eclectic and often unreleased tracks to drive the dance floor to new levels. Recently signed to Jay OM’s London-based label Free-Spirit Records, the best is definitely still to come for this fast-evolving forward-thinking pair and they are currently working on their first compilation to be released on Free-Spirit in spring.

Check out their interview on HarderFaster.net for more info about their backgrounds and influences. 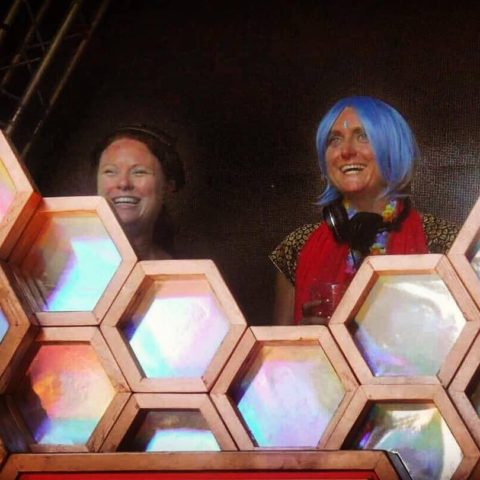