C.K. Montez stormed into the psychedelic trance scene just over a year ago – but since his entry – it’s fair to say he’s made quite an impact! As well as scooping a residency for Tribalism Radio & Cohesion Psy-party; C.K. Montez already has a very respectable gigging history that any psy-trance veteran would be proud of. Gracing the decks at a plethora of parties and venues, C.K. Montez’s gig list includes: Transylvaliens festival, Illuminaughty, Ozora – One Day in London, Tribal Village, Cohesion & Psymera. He’s now attacking the festival scene with bookings already secured at the legendary Boomtown, England and will also be performing at the awesome Psy-Boutique Festival in Turkey later this year!
However; Edgar, never one to sit still for too long is not stopping there – and has already dipped his toe in the world of production – successfully releasing his first ever track – the epic – ‘Game Over’ on the newly launched Psymera Records recently. With his undeniable natural production abilities being spotted so early on, it’s no surprise that C.K. has already been snapped up by two well-respected labels – Biopulse Records & Alchemy Records. ‘Game Over’ was a highly impressive first release. C.K. is now in the studio; meticulously crafting his sound and developing his production skills even further, and the labels are awaiting his next studio concoction with baited breath!
Born and raised in Portugal, for Edgar – music has been running through his veins since he was a teenager. He was immediately led to the electronic music scene, and it wasn’t long until he heard the call of Psychedelic Trance and has had his feet firmly fixed here ever since. After moving to London 15 years ago and rocking out on the dancefloor at Psychedelic, squat parties, clubs and festivals alike – C.K. decided to take his energy behind the decks, and the results were astounding! It wasn’t long before he was playing the stage along side his favourite artists such as: Morten Granau, Vini Vici, Vertical Mode, Infected Mushroom, E-clip & Astrix!

When C.K. steps behind the decks – the crowd instinctively know they are in for a treat. C.K. has a natural intuition when reading the crowd and his relentless energy fused with a deep connection to the people, raises the roof and takes the party to a whole other level – which is somewhere, very special! 2018 looks set to be an awesome year for C.K. for this star is rising fast! 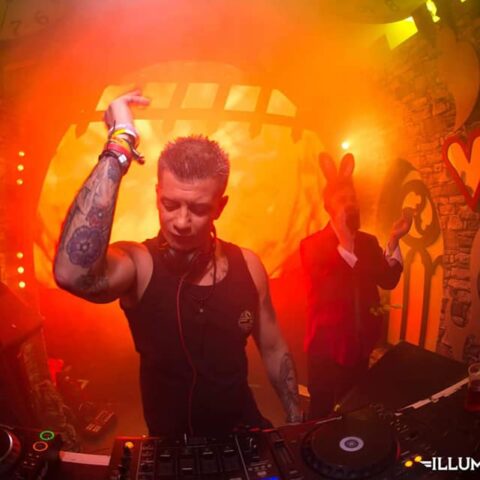