JourneyOM,
Also known as Jay OM, Journey, Omsphere ; Sonic Wave Control &amp; Keewl are all, or in part,
Milan-born, London-based DJ and producer Giampiero ‘Jay’ Mastino Label Manager of Free-
Spirit Records.
Jay forged his earliest psychedelic-rock influences playing guitar in local bars in Milan in his
younger days. His romance with the decks beginning in the late ’80s working for a local radio
station, where he was given the opportunity to spin his first records.
With that love firmly in place, the move to London followed in 1998. Soon thereafter, he started
DJing professionally as Jay OM in 1999. In 2001/2002, he studied Sound Engineering and Music
Technology at IMW, London before beginning the solo production projects under the names of
Journey in 2003, Omsphere in 2009 and Sonic wave Control in 2011. Since 2016, he has
collaborated with the Japanese maestro Cylon for the project Keewl.
With his own trademark style, Jay has become renowned for his producing abilities and he plays
his own tracks at festivals and parties, over 40 countries across five continents. He has released
FIVE solo albums:
Journey “The Man Who Sold The Time in 2007”, Journey “Through The Mirror” in 2011. Sonic
Wave Control “Sixth Sense” in 2012; Omsphere “K‘ag Bak‘tun” in 2013. The fifth solo album was
released in late 2017: “Limitless” – a resounding success. The 9 tracks (3 solo and 6 in
collaboration) are timeless classics and remixes are to be released by various artists in late
2019.
Jay will be releasing “Five Grams” the first EP under the name JourneyOM on Free-Spirit
Records in January 2020.
In 2018, Jay entered the film business, and composed Omsphere ‘Just a Plastic Bottle’ for his
partner’s film about plastic pollution – the winner of 5 film festival awards so far.
Jay has produced multiple EPs under all his alter-ego for Free-Spirit Records and other record
labels, such as Green Tree Records, plus tracks for various record labels and generated the
compilations Free-Spirit Volumes 1, 2, 3, 5, 6 and 7 and Reawakening Volumes 2 and 3. Jay is
also overseeing the compilations of Amaluna (UK) and Strophoria (Belgium), to be released
soon.
Jay also runs Killah Mastering, arranging, mixing and mastering for multiple artists across
various genres, as well as mastering almost all the 74 Free-Spirit Records releases from 2005
until the present day. He is also mastering the latest releases for Belgium label Green Tree
Records.
As a final string to his bow, Jay is a successful party promoter, holding Free-Spirit Records label
parties around the world and running Implosion events in London for eight years. Since 2012, he
has been responsible for promoting one of London’s most acclaimed fiestas, Tribal Village – A
Psychedelic Adventure. 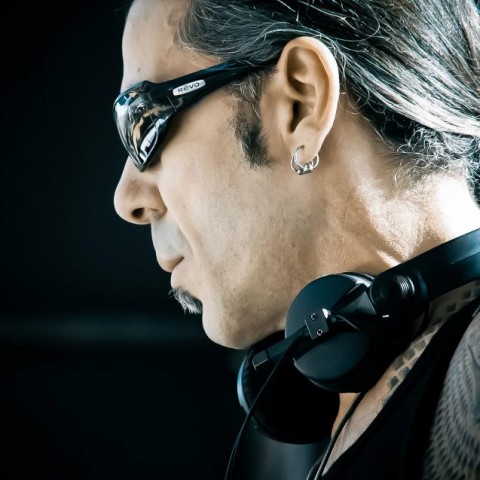