LiquidRish bought his first 12-inch track in 1995 – Misjah & Tim’s Access – and it started what has been a rollercoaster journey through the dance music underground. From 1995 until 2004 as DJ Carobus he was lucky enough to play for some amazing sound systems and nights across the UK, including HP Sound System, Spiral Tribe, Frantic, Progress, Liberators, Exodus, Grooveyard, Tribe of Twat, Inukshuk and FunkyFatKats. At the time his musical influences were Mark Sinclair, Tony DeVit and Lawrie Immersion. However, in 2004 Rish decided to stop DJ’ing.

Rish’s true passion has always been euphoric uplifting trance and in 2009 his then partner reawakened that passion. Over the next few years he met two people – Jay Mastino and Lorraine –who both inspired him to want to play again. It was only a matter of time before he played his debut set as LiquidRish at SecretSoma IV in February 2014, where he now has a monthly residency.

The biggest difference now is the people who inspire him the most are his friends. Rish’s favourite DJ is Lorraine, as she personifies everything that is good about psy trance. 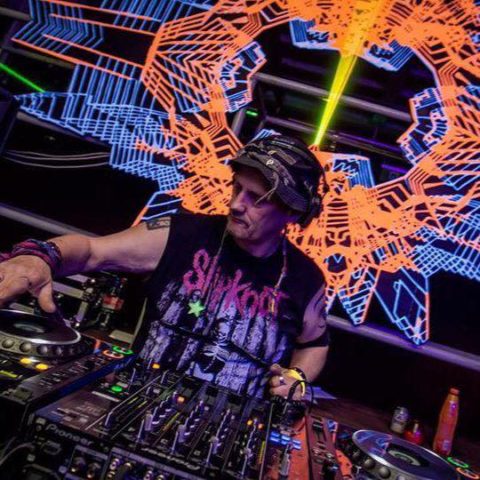